My email was hacked, so I had to change it. A reader asked if I would continue the bear series, but I can't get back in the old email to answer. Unfortunately, no, I will not be continuing the bear series. Thanks. 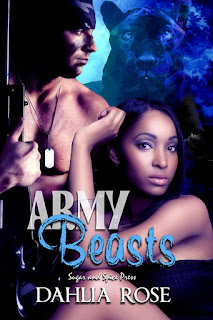 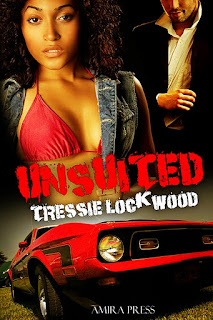 Hey, everybody. Dahlia Rose and I are giving away a print copy of our newest books. Please stop by our joint blog found here and see the details. Good luck!
Posted by Tressie Lockwood at 4:21 PM No comments:

I was thinking as I began my latest work, Wynter's Protection, about attorneys. Once I was serving jury duty on a case between an individual and the city. I was the alternate (I think that's the term.) where I would be the fill-in juror if someone had an emergency and needed to leave. As such, I had to stay there through the entire case listening to testimony and the details of the case. Apparently, this was an appeal because the city had won the case last time.

After listening to everything, I was thinking hm, this guy knew what he needed to do, and he had all the information and knowledge to file a claim with the city. But instead, he waited until the statute of limitations ran out and then did it. The city was under no obligation to honor his claim. I saw all that and had come to my conclusion that, yeah I would vote against him when the jurors came together--that is if I was needed.

I noticed during this procedure the city's lawyer made constant eye contact with me. She seemed to do it with me more than any other juror, or maybe I was just feeling special that day. Lol. Either way, I noticed each time she did it while she was speaking. Then something changed, toward the end of the trial when it became obvious that no one would need to leave, and then I would probably be dismissed, she didn't meet my eyes at all. Not once. I was useless to her. That was a letdown, but I got her reasoning.

This woman saw me as a possible voice to the other jurors. I don't know how she deduced that I would lean toward what was fair and honest more than what my emotions were telling me regarding this man. Maybe I gave subtle clues with my body language or facial expressions. Who knows, but when I wasn't any help, she was gone.

Lawyers to me are single-minded, tenacious about getting to their goal. I thought of this particular experience while starting my current work because my heroine is an assistant district attorney. She's just closed a major case, and a coworker wants her to have dinner with him. However, Wynter's never been into lawyers. Maybe it's because she knows what they are about. She's seen them in court and caught that look in their eyes. She's worn that look because she's one of them, and they don't appeal to her to date.

Who does get Wynter's blood pumping? Well, I'll share more when my story's more developed. Just thought I'd drop a teaser and share my thoughts. Thanks for reading. :)
Posted by Tressie Lockwood at 8:25 AM No comments: