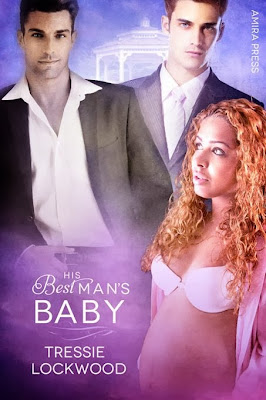 Octavia "Tae" Croft called it quits with Daniel Elliott three years ago after he asked her to marry him. She didn't believe they were right for each other. Daniel wanted to start a family, and Tae wanted to focus on her career. In fact, Tae wasn't sure if she ever wanted to have children. Still in love with Daniel, Tae built a friendship with him, so when he called to tell her he was getting married, Tae decided to accept the invitation. When Tae makes the mistake of telling Daniel what she thinks of his fiancee, he accuses her of jealousy and trying to destroy his relationship. Hurt and confused, Tae confides in Jaxon Hart, Daniel's best man, a friend she's known for years. A moment of weakness in Jax's hotel room leads to unexpected consequences, and Tae is pregnant with Jax's baby. Now Tae has more to deal with than whether she wants to keep the baby. Jax thinks the baby is Daniel's but is determined to be by her side anyway, and Daniel wants to walk away from his marriage to be with Tae even though he knows the baby is Jax's.What's a woman to do when she's torn between two sexy, devoted men?
Posted by Tressie Lockwood at 6:25 AM 3 comments: