Ice In His Veins 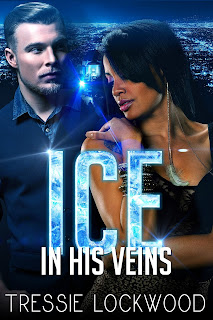 Arik Johansson grew up in the foster care system after his mother abandoned him. He’s known the betrayal of family and has decided he doesn’t want one of his own. Keeping emotions in check has always worked for him. Unfortunately, he made the mistake of taking his secretary as his lover.

Chevelle Taylor is everything Arik wants in a woman. She is beautiful and intelligent and doesn’t hesitate to speak her mind. Arik told her from the start he can’t offer her anything other than an affair. Chevelle accepts his deal, and all is as it should be in his life. Then a man shows up in his office telling him he has brothers and bringing back memories Arik prefers to forget. His orderly world is beginning to tilt, and to make matters worse, Chevelle might be cheating on him.

Time to make some decisions that take things from bad to worse.
Posted by Tressie Lockwood at 1:06 PM No comments: