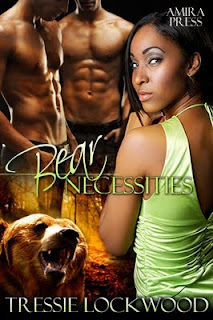 When her mother's new boyfriend gets a little too free with his hands, Simone decides it's time to relocate. Without warning her cousin, she travels to Charlotte, North Carolina to see what kind of better life she can make for herself. To her surprise, her cousin Ayana--who's never been that good with the opposite sex--has not one but two sexy men sharing her bed. And the sounds of their loving on Ayana in the middle of the night has Simone wishing she had her own lover. Then she's wondering just what they put in the water down in the South because two more hot men show up at Ayana's. This time it's identical twins, and they're not looking for her cousin, but they have their sights set on Simone. Well, one of them anyway.

Artan has no problem claiming the mocha beauty as his mate, but his brother Fallyn refuses her. Fallyn knows the importance of finding a strong mate who can bear his children, especially since their clan is dying out. He has no use for a woman born and raised in the city with a fear of nature. The problem is he can't keep his eyes off of her, and every time she gets excited, he can't think straight. Pulling Simone out of one scrape after another is not in his plan. Things get really complicated when a female bear shifter from home shows up to claim Fallyn, and she has no problem killing Simone to get what she wants.
Posted by Tressie Lockwood at 4:24 AM